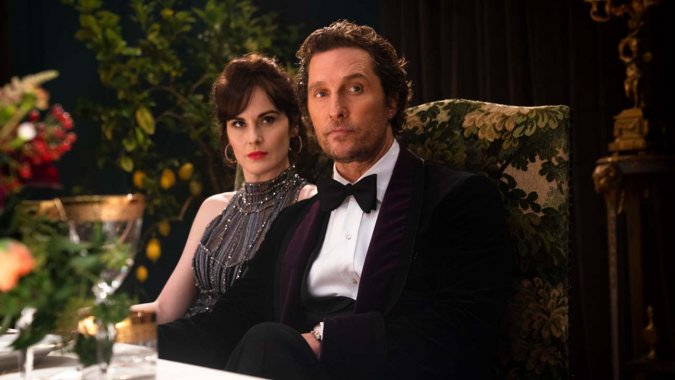 (SPOT.ph) It’s officially 2020, which means a new set of resolutions to fulfill, a new time to set goals for yourself, and of course, a new roster of films to catch every month. This January, expect a fun mix of horror, thrills, and compelling dramas that will keep you entertained all month-long. Happy New Year and happy watching, Spotters!

Here are the must-watch movies this January:

Based on one of the longest-running shows in Broadway and West End history, this film reimagines the musical with a bigger production design, CGI technology, a variety of dance styles, and a star-studded cast that includes Jennifer Hudson, Judi Dench, Taylor Swift, James Corden, Ian McKellen, Rebel Wilson, and more. It opened in the same week as Star Wars: The Rise of Skywalker in the U.S. and suffered as a result, but the spectacle alone would be worth checking out.

Sci-fi meets horror in Underwater, which revolves around a crew of researchers who must find a way to survive after an earthquake damages their laboratory and unleashes ravenous creatures. It stars Kristen Stewart, Vincent Cassel, T.J. Miller, and Jessica Henwick.

Ready to sleep with the lights on all over again? The Grudge is the sequel to the 2004 American remake of the horrifying Japanese film. Taking place after the events of the 2004 movie, the story is told in a non-chronological order through various storylines (similar to the other The Grudge films), and centers on three families who all die from The Grudge curse and the rookie detective who investigates their deaths.

Directed and produced by Oscar winner Clint Eastwood, Richard Jewell is a biographical drama depicting the 1996 bombing during the Summer Olympics in Atlanta, Georgia. A security guard named Richard Jewell (played by Paul Walter Hauser) who found a bomb and alerted authorities, only to be wrongly accused of committing the crime. It also stars Sam Rockwell, Kathy Bates, Jon Hamm, Olivia Wilde, and more.

Oscar-winning actor Jamie Foxx plays the real-life Walter McMillian, an African-American man wrongfully imprisoned for the death of a white woman in Alabama. Michael B. Jordan portrays a young attorney named Bryan Stevenson who tries to appeal his murder case. It also features Brie Larson, Rob Morgan, and others.

The third and final installment of the action-comedy Bad Boys franchise sees the return of Will Smith and Martin Lawrence, whose characters reunite after a mob cartel boss targets them for revenge just before they retire.

Robert Downey Jr. sheds his Iron Man suit to portray the eccentric Dr. John Dolittle, a famed veterinarian who has the ability to speak to animals. After the death of his wife, he hides himself in his manor for seven years until Queen Victoria (Jessie Buckley) falls gravely ill. He must now go on an epic adventure to a mythical island in search of a cure. It also stars Antonio Banderas and Michael Sheen in live-action roles, alongside an all-star voice talents of Emma Thompson, Rami Malek, John Cena, Kumail Nanjiani, Octavia Spencer, Tom Holland, and more.

Birdshot, Eerie, and Dead Kids director Mikhail Red takes on the zombie genre with Block Z, which revolves around a group of university students who must survive a deadly zombie outbreak. It stars Julia Barretto, Joshua Garcia, Ian Veneracion, Dimples Romana, Ina Raymundo, and others.

In Guy Ritchie’s new action-comedy, Matthew McConaughey plays Mickey Pearson, an American expat-turned-marijuana drug lord in London. When word gets out that he wants to leave the business, he becomes the target of a variety of schemes and plots to steal his empire. The ensemble cast includes Henry Golding, Charlie Hunnam, Michelle Dockery, Colin Farrell, Hugh Grant, and Jeremy Strong.

It’s Adam Sandler as you’ve never seen before in this critically acclaimed crime thriller from the Safdie Brothers. He plays Howard Ratner, a jeweler with a dangerous gambling addiction. When he gets in over his head with gambling debts, he tries to find a way to pay off loan sharks and balancing his business and family. Multiple critics have praised Sandler’s performance, and the film will stream on Netflix this January 31.