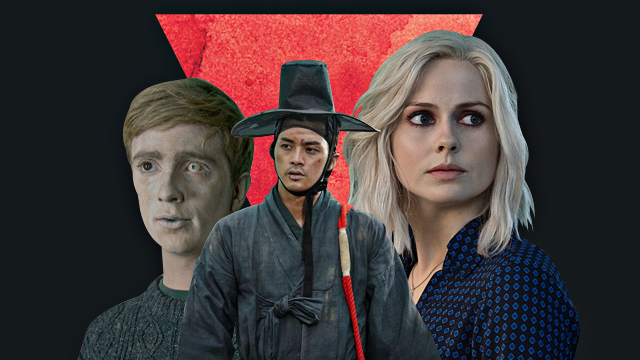 Whether you like zombies, politics, or history, there's something here for you!

(SPOT.ph) We’ll be the first to say that there’s nothing that’s exactly like the Korean Netflix original Kingdom. It’s not like zombies in a period drama are an all too common trope, but we welcome this odd but potent combination of two different genres. That aside, the show has a generous mix of political intrigue, complex characters, and impressive production and costume design, so we can see why you love it. We recommended some films for you to check out after the first season aired, and now we’re here to suggest some series you can watch. Whether you like the zombie aspect of Kingdom or you’re more into the culture and history of Korea (along with its political drama), there’s something for you in our round-up.

Also read:
10 Korean Movies to Watch If You Liked Kingdom
10 Reasons Why Netflix’s Terrifying New K-Drama Kingdom Is a Must-Watch

Here are 10 series to watch if you liked Kingdom:

You’ve heard of zombie TV shows, but have you ever thought of the living dead making an appearance in a reality television program? This British horror serial from Black Mirror creator Charlie Brooker is set in a fictionalized version of the program Big Brother, where several strangers all live together in one house and can’t leave until they’re evicted. The five episodes document five nights in the house after a zombie outbreak, leaving the cast and crew stranded and hoping the undead don’t get to them.

Inspector Kim Hyung Do (Kim Ji Hoon) specializes in investigating the fishy activities that rule Joseon’s management and administration. While trying to get to the bottom of a case, he uncovers a secret government organization that deals with paranormal activity without the citizens finding out. Though it deals with supernatural phenomena, it alludes to the political turmoils of the time. If you loved the power struggle in Kingdom, you’ll like this one for its alternate take on history.

It’s been six weeks since the zombie apocalypse started and Rose (Jaime King) will stop at nothing to find her daughter Anna (Zoe Marlett). She’s confident Anna is still out there somewhere, and with the company of other survivors in the U.S., Rose embarks on a journey to outlive the living dead and reunite with her daughter. This Netflix series is a prequel to another Netflix series, Z Nation.

Several factions are pulling Joseon apart, while at the same time keeping it together: King Jeongjo (Hong Jong Hyun), the Qing ambassador, the Japanese samurai Kenzo (Lee Yong Woo), and a fierce guild of assassins. As everyone pulls the strings to their advantage, easy-going swordsman and royal guard Baek Dong Soo (Ji Chang Wook) finds himself affecting the nation’s narrative. If you’re not into romance, you’ll enjoy this series, as it focuses on brotherhood and loyalty to the nation, while dissecting the dark political underbelly of running a kingdom.

In this show, a worldwide event in 2009 called “The Rising” saw thousands of people who died that year suddenly come back to life as mindless zombies. The series takes place at a time when zombies have been wiped out, save for a few that undergo experiments to test a chemical that can potentially reintroduce the zombies into human society. These “healed” zombies are diagnosed with Partially Deceased Syndrome, and while the medicine makes them almost human again, they face prejudice from humans who were never turned. This is a more scientific versus supernatural approach to zombies, much like in Kingdom, and it examines society’s response to the world post-living dead.

When you think of Joseon and the history of Korea’s old kingdom, you don’t exactly see guns and bullets in your head. The year is 1876, and Joseon is at the cusp of its old ways and opening its doors to the rest of the world. Two opposing parties are fighting for two different ideologies, and the traditional Joseon must either choose to adapt and accept modernization, or resist change while increasing tensions with foreign forces. Park Yoon Kang (Lee Joon Gi) is the only son of the last great swordsman from 19th century Joseon. After his father’s (Choi Jae Sung) death and the enslavement of his younger sister (Park Yeon Ha), Yoon Kang turns in his sword for a Western-made lever action rifle as he goes on a journey to avenge his family.

Based on a comic book of the same name, iZombie is a procedural crime drama that follows doctor Olivia “Liv” Moore (Rose McIver) who turns into a zombie and later uses her new abilities to solve murders. Zombies are usually portrayed as mindless flesh-eating monsters, but this series shows how the living dead get around our world while still getting their fix of human brains in a...more or less ethical way.

There are plenty of romantic historical K-Dramas (Love In the Moonlight comes to mind), but Deep Rooted Tree could not be farther from that. If you’re into more serious narratives grounded on political intrigue, conspiracies, and themes of revenge, this historical series has plenty of that. It all started when King Sejong (Han Suk Kyu) accidentally caused the death of his family and slaves to protect them from his ruthless father King Tae Jong (Baek Yoon Shik). Years later, two survivors (Jang Hyuk and Shin Se Kyung) on different sides dictate the lives of the people in the palace, as well as the citizens of old Joseon. Fun fact: Song Joong Ki played the teen King Sejong.

This drama serves as a loose prequel to Deep Rooted Tree, and takes place at the close of the Goryeo period, right before the Joseon era. If you’ve watched Deep Rooted Tree and you’re wondering how King Tae Jong (played by Yoo Ah In) came to be, this drama has some answers. The story revolves around six flying dragons or people (Yoo Ah In, Shin Se Kyung who plays the same role, Kim Myung Min, Byun Yo Han, Yoon Kyung Sang, and Chun Ho Jin) whose personal motivations and conflicts affected how Joseon came to be. Much like Deep Rooted Tree, the series dabbles in serious politics, betrayal, and governance.

Kingdom Netflix Adventurer Savvy Seasoned Guide Shows Dead Set Joseon X Files Black Summer Warrior Baek Dong Soo In The Flesh Gunman In Joseon Izombie Deep Rooted Tree
Your Guide to Thriving in This Strange New World
Staying
In? What to watch, what to eat, and where to shop from home
OR
Heading
Out? What you need to know to stay safe when heading out