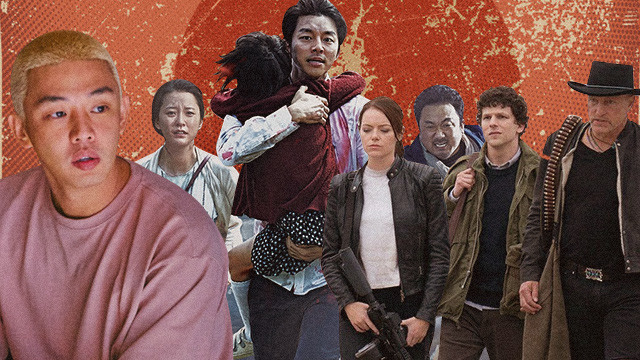 10 Apocalypse Films to Stream, Ranked by How Likely You’d Make It Out Alive

In case you needed an even bigger dose of that the-world-is-ending feeling.

(SPOT.ph) There’s nothing like a good old apocalypse movie to make you feel alive again. We know the general mood right now is making you feel like you’re living out the last days of Earth as we humans know it—so to feed your appetite for irony, check out this roundup of some of the best, campiest, funniest, or genuinely scary, apocalypse flicks you can stream. And to make it even more fun (in a way), we rank them based on our chances of actually making it through the movie’s version of the world’s end—from we-might-just-have-a-chance to dead-within-the-first-five-minutes.

Also read:
10 Space Shows and Movies on Netflix If You Want to Get Out of Earth
Apocalypse How: 10 Popular End-of-the-World Scenarios
10 Gripping Zombie Films You Can Stream on Netflix

Get way too on the nose on purpose with these 10 apocalypse movies you can stream:

Cause of apocalypse: Aliens decide it’s time to get rid of mankind before we end up killing Earth so they send one of their own—in the form of Keanu Reeves (not literally the actor but you get what we mean)—as messenger.

Chances of survival: 100%. Mostly because—spoiler alert—Reeves the alien is convinced that we’re still worth saving. It’s not exactly the world’s most lauded sci-fi flick but that certainly doesn’t mean it isn’t a good low-commitment watch.

Cause of apocalypse: Zombies. And on a more personal note for Shaun (Simon Pegg), the fact that modern life has turned him into a metaphorical zombie.

Chances of survival: The slow-moving and generally weak zombies in this movie is making us peg it at an optimistic 80%. Subtracting a bit because we might be tempted to just sit back and “wait for all of this to blow over,” a plan that clearly didn’t end too well for Ed (Nick Frost).

Cause of apocalypse: General human greed and destruction turns the world’s surface uninhabitable. Not a surprise, really.

Chances of survival: It’s not explicitly stated where the population escapes to but there does seem to be a worldwide evacuation effort to go underground. This whole movie is a more emotional take on what we stand to lose when we literally have nothing left, so if we're talking emotional damage then it’s a total K.O. But if we're talking about being able to join the massive evacuation movement, then it’s a good 70%.

Cause of apocalypse: All right, so the main apocalyptic event is over but yup, as the title suggests, it’s zombies.

Chances of survival: Honestly speaking, we’d probably survive in the same passive way that Madison (Zoey Deutch) did than Tallahassee (Woody Harrelson) and Wichita (Emma Stone) but hey, survivin’ is survivin’. A brazen 65% it is.

Cause of apocalypse: Zombie outbreak. Two strangers holed up in their apartment units’ team up to survive—social media is involved, somehow.

Chances of survival: We’re operating on the assumption that we also get the help of someone like Kim Yoo Bin (Park Shin Hye), so we’re giving this a probably overconfident 40%.

Cause of apocalypse: Viral infection turning folks across the globe into—what else?—zombies.

Chances of survival: Well, we’re neither a former field agent nor Brad Pitt so if a global war against zombies ever happens, we’re keeping our chances at life down to a modest 30%.

Cause of apocalypse: The San Andreas Fault just completely decides to choose violence, resulting in a series of huge earthquakes destroying the U.S. west coast.

Chances of survival: Depending on how well-equipped we are to survive “the big one,” or in this case, multiple big (and bigger) ones, we might just give ourselves an okay 20%—provided we also have Dwayne “The Rock” Johnson hellbent on rescuing us.

Cause of apocalypse: Zombie infection caused by a chemical leak from a biotech plant.

Chances of survival: Look, if we were passengers on that one train, our chances don’t look so good...as in 10%.

Cause of apocalypse: A virus—traced back to animals, just saying—turns the world’s population into zombie-like creatures, and ultra-fast ones at that. Cue Jim (a much younger and barely known Cillian Murphy) waking up from coma into an apocalyptic zombie wasteland 28 days after the outbreak.

Chances of survival: Didn’t you hear the part about the fast zombies? Plus that 20-second gap between being infected and turning into a rage monster? We’re giving ourselves a dismal but realistic 5% here.

Cause of apocalypse: Remember when everyone thought the world would end in 2012? The Mayans were right in this fictional world—or they might have just accidentally switched the last two digits.

Chances of survival: None. Did you not see those cataclysmic natural disasters happening all at once? We’re just being realistic here. Okay, maybe we’ll give ourselves a little credit and peg it at 1%.

Adventurer Savvy Staying In Apocalypse Netflix Streaming Services 2012 Cillian Murphy 28 Days Later Train To Busan San Andreas #alive World War Z Zombieland The Midnight Sky Shaun Of The Dead The Day The Earth Stood Still Guide Listicle
Your Guide to Thriving in This Strange New World
Staying
In? What to watch, what to eat, and where to shop from home
OR
Heading
Out? What you need to know to stay safe when heading out