Meet the God Butcher in New Thor Love and Thunder Trailer
Loading
Already a member? Log in
No account yet? Create Account
Spot.ph is your one-stop urban lifestyle guide to the best of Manila. 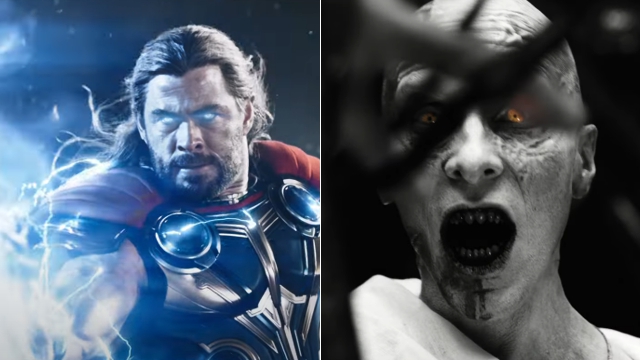 How many Thor's will it take to defeat Christian Bale?

(SPOT.ph) While Spider-Man (Tom Holland) and Doctor Strange (Benedict Cumberbatch) are off meeting other characters in the Multiverse, Thor (Chris Hemsworth) is out somewhere in space, just chilling, meditating, and focusing on self-love, as seen in the first Thor: Love and Thunder trailer. With the arrival of a new intergalactic threat and even a new Thor, looks like the Strongest Avenger will need to cut his journey to inner peace short.

Luckily, it looks like a fun summer blockbuster for us, based off this newly released trailer:

Following the previous villain outings of Tom Hiddleston as Loki and Cate Blanchett as Hela, Christian Bale is now set to become the next foe the God of Thunder will face on the big screen: Gorr the God Butcher. Bale is, of course, most well-known for his time portraying Bruce Wayne / Batman in Christopher Nolan’s The Dark Knight trilogy from 2005 to 2012.

Gorr is a relatively newer Thor villain in Marvel Comics, as he was introduced in Jason Aaron’s “Thor: God of Thunder” run in 2012. A religious alien living on a dying planet, the comics’ Gorr soon turned to hate the gods he worshipped after his family died of starvation and his world fell to ruin. He then travels the stars on a vengeful quest to exterminate all the gods in existence.

Gorr in the Marvel Cinematic Universe is expected to follow the same tragic origin story, which will lead him to encounter the Asgardians, including Thor and King Valkyrie (Tessa Thompson), and the Greek god Zeus (Russel Crowe). Thor and the other gods will be assisted in defeating him by the Mighty Thor, a.k.a. Jane Foster (played by a now ripped Natalie Portman) who is now worthy of lifting Mjolnir—a storyline that was also introduced in the same Aaron run from 2012.

Thor: Love and Thunder drops in cinemas this July.