Game of Thrones Jon Snow Sequel Series Streaming Soon on HBO
Loading
Already a member? Log in
No account yet? Create Account
Spot.ph is your one-stop urban lifestyle guide to the best of Manila. 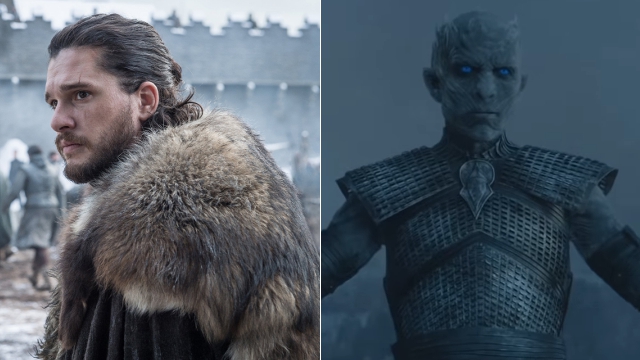 Still Not Over Game of Thrones? Don't Worry, A Jon Snow Sequel Is Coming

And now your watch has not ended.

(SPOT.ph) After witnessing the infamously disappointing final season of the hit HBO series, Game of Thrones, we are now being threatened with more shows to come from the television-world of Westeros. News has just dropped that we'll be getting a sequel series to Thrones that'll have Kit Harrington return to star as Jon Snow / Aegon Targaryen, and we're getting major "let's make a sequel to Friends but just starring Joey" vibes from this.

Also read: Understanding Daenerys and Her Descent Into "Madness"

Here's what we know about the Game of Thrones sequel series starring Jon Snow:

The Hollywood Reporter got the scoop that the follow-up series starring the Emmy-nominated Harrington as the lead is in early development at HBO, most likely for their streaming service HBO Go.

The finale of Game of Thrones had Snow/Targaryen exiled to the Night's Watch, the group who protect the realm from threats north of the Wall, after he murdered the going-mad Queen Daenerys Targaryen (Emilia Clarke) in the series finale. Last we saw of the character, he was headed north of the Wall on an expedition with Tormund Giantsbane (Kristofer Hivju), his trusty dire wolf Ghost, and other Wildlings.

The news comes as a bit of shocker, as most of the announced spin-offs and series set to build out the "Game of Thrones universe" on the streaming platform have been prequels exploring the history that led up to the events depicted in the series. We'll be getting the first of the prequels in two months with House of the Dragon, a prequel series centered on the Targaryen Civil War, which transpired 200 years before the events of Game of Thrones.

Other titles also in development include 10,000 Ships, which tells the story of the warrior queen Nymeria, who founded the southern kingdom of Dorne; 9 Voyages, which is centered on the sea-faring adventures of Corlys Velaryon (Steve Toussaint), who will appear in House of the Dragon; and Tales of Dunk and Egg, which adapts creator George R. R. Martin's novella of the same name. Oh, and a stage play and an animated series, too.

All this shows us that we "know nothin, Jon Snow" about the past and future of Game of Thrones, but only time will tell if we're better off knowing these stories or not.

Game of Thrones is currently streaming on HBO Go. House of the Dragon drops on the streaming service on August 22.