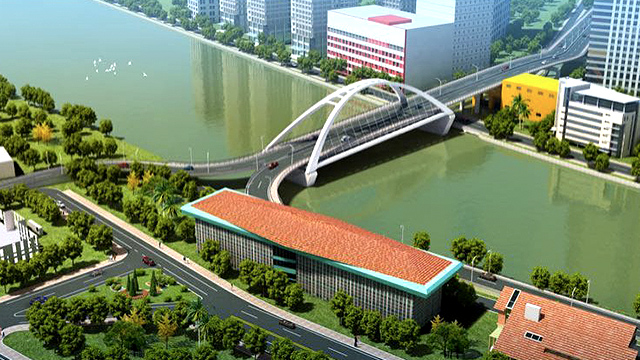 10 Reasons to Be Excited for Travel and Traffic in 2021

(SPOT.ph) In need of something to look forward to in 2021? Well, we can’t make any astrology predictions or anything in that vein—but we can direct your attention to a few of the big-ticket infrastructure projects scheduled to open next year! Mobility has always been a huge issue in our archipelago, so we’re sure this list of airports leveling up, train extensions, and yup, more bridges in the Metro will give you a little something to be happy about.

Also read:
It'll Soon Be Easier to Get Around Metro Manila and Beyond
Just a Little Longer: Improved MRT-3 Is Coming July 2021
The Metro’s Train Lines Are Getting the Upgrade We Deserve
Coming Soon: Here's What You Should Know About the 8.5-Kilometer Cebu-Cordova Bridge

Get ready for these 10 exciting infrastructure projects in and around Metro Manila for Travel 2021:

Finally, a gateway to the chill islands of northern Cebu! The new and improved Bantayan Island airport welcomed its first flight on November 27 as part of the reopening of the tourist towns of Banayan, Madridejos, and the popular Santa Fe. This landmark flight carried media and government personnel. As of December 2020, the airport is yet to announce scheduled commercial flights but AirJuan is slated to open up a Mactan-Bantayan route by the first quarter of 2021.

Looks like trudging south to NAIA will no longer be the only option. The long-awaited, brand spankin’ new passenger terminal of the Clark International Terminal is set to begin operations by January 2021, said the Department of Transportation. The terminal, with design that takes inspiration from the terrains of Mount Arayat, Mount Pinatubo, and the Sierra Madre, was completed in October. Once fully operational, it is expected to bump up the current annual 4.2 million passenger volume by up to 12.2 million.

Around 11.7 kilometers worth of tracks are being added to the Light Rail Transit Line 1 (LRT-1), going all the way to Bacoor, Cavite from Baclaran! At some point in the future, travelling from Manila to Cavite will only take 25 minutes; plus the extension will have a total of eight stations. The DOTr and the Light Rail Manila Corporation are targeting partial operability by the fourth quarter of 2021 for this massive project.

Marcos Highway regulars have probably been waiting for the day construction finally ends along the major route. The deadline for full operations of the Light Rail Transit Line 2 (LRT-2) east extension has been set by the Department of Transportation (DOTr) for April 2021. This four-kilometer extension will add two stations: Emerald Station in Marikina and the Masinag Station in Antipolo. It has been in the works since 2011 so we dare say this has been a long time coming. Meanwhile, the Santolan, Katipunan, and Anonas stations—closed since 2019 due to a fire—should be operational by January 2021.

Here’s an early gift from the Metro Rail Transit Line 3 (MRT-3): As part of the rehabilitation program, they were able to replace the entire rail line throughout 2020—resulting in trains being able to reach the maximum 60 kilometers per hour speed in December! This development was much earlier than their scheduled date of February 2021. The rest of the rehabilitation program includes upping the number of operating trains at any given time to at least 18 and getting the Dalian trains—those 48 misfit ones purchased in 2016—moving on the tracks. The entire program is scheduled for a July 2021 deadline.

Yup, Manila is getting a new bridge. A 710-meter bridge connecting Intramuros at Solana Street and Riverside Drive to Binondo at San Fernando Street is slated to be completed by 2021, according to Department of Public Works and Highways Secretary Mark Villar. Called the Binondo-Intramuros “Friendship” Bridge—as funded through a Chinese grant—the structure has been the issue of much debate due to its closeness to the historical site of Intramuros, specifically the San Agustin Church Heritage area.

Another project funded by China, the complete makeover of the old Pantaleon-Estrella Bridge, a.k.a. the Rockwell Bridge, is set to be complete by 2021. The bridge has been closed off since January 2019—once it opens again, it will have a total of four lanes and is set to serve around 50,000 vehicles daily. The Department of Public Works and Highways (DPWH) expects this bridge to ease congestion along EDSA.

Have you ever spent way too much time trying to get on the Guadalupe Bridge from Bonifacio Global City? This new bridge might just give you some hope. The BGC-Ortigas Link will connect Lawton Avenue in Makati City with Sta. Monica Street in Pasig City and is scheduled to open in 2021, said the DPWH. This new route will connect two major business districts and will cut down travel time between the two cities to just 10 minutes. In September, the bridge was at 60% completion.

South folks will hopefully see traffic clearing permanently—fingers crossed!—as construction of the Skyway extension draws to a close in February 2021. By then, the Skyway should have been extended all the way to the Susana Heights exit along the South Luzon Expressway. The project was supposed to have been completed by December but was pushed back when a steel girder collapsed in Cupang, Muntinlupa, in November—unfortunately resulting in the death of one. The new deadline for completion is now in February 2021.

Once the extension is complete, you can use the Skyway all the way from Susana Heights to the North Luzon Expressway via Skyway Stage 3! Can you imagine coasting over the entirety of Metro Manila? The Skyway Stage 3—which spans from Buendia, Makati, to Balintawak, Quezon City—was completed, save for some finishing touches, in October. San Miguel Corporation has even made the tollway free to use this December. Once things go fully operational, the new route will ideally help decongest EDSA even more.

Adventurer Savvy Seasoned Infrastructure Slex New Clark Airport San Miguel Corporation Smc Bgc-ortigas Link Pantaleon-estrella City Life Heading Out Guide
Your Guide to Thriving in This Strange New World
Staying
In? What to watch, what to eat, and where to shop from home
OR
Heading
Out? What you need to know to stay safe when heading out