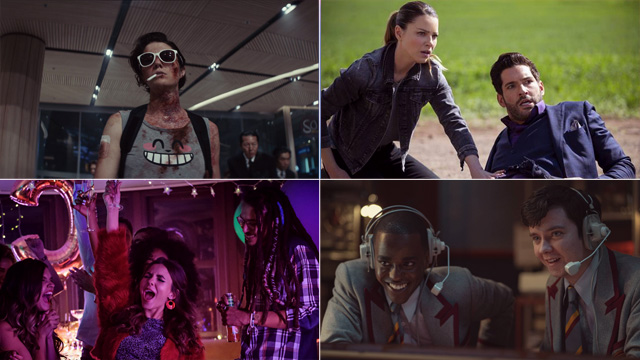 Get ready for the final seasons of Money Heist and Lucifer!

(SPOT.ph) September is coming in fast! Yeah, we're pretty shocked too. Time is moving way too quickly so if you need a break—or a binge-watching session—we have your back. Netflix is dropping a bunch of titles next month so of course we round up the most exciting ones! From the world's worst survival game, a #Hugot film, and final seasons of some beloved series, these are the titles to mark on your calendars.

Put these 10 exciting titles on your Netflix Philippines watch-list for September 2021:

Afterlife of the Party

Victoria Justice is back! And this time, she plays a party-addict ghost. Well, a ghost on the mend that is. After a freak accident during her birthday week, Cassie (Justice) is given a second chance to right her wrongs. TBH, we just want a throwback to the old Victorious days. That this movie looks like a fun ride is just a plus!

JC Santos and Janine Gutierrez play two college kids who don't exactly get along. And as the situation worsens—as in, the start of the quarantine in 2020 type of timeline—they continue to butt heads online, until of course, they start to fall in love. Yeah, this definitely didn't happen to us in 2020.

Yup, it's the beginning of the end for the Money Heist gang. They've been trapped at the Bank of Spain for 100 hours now. The professor is in danger, they've lost a member, and the freakin' army is coming after them. Looks like they aren't going down without one last hurrah!

Why yes, that is Mary Elizabeth Winstead, a.k.a. Ramona from Scott Pilgrim vs. the World. We already got a peek at her badassery in Birds of Prey (as the Crossbow Killer, we think) but this time, she's getting a whole movie! In this one, she plays an assassin who is fatally poisoned, giving her just 24 hours to find her murderers and exact revenge.

Finally, the list of hugot films on Netflix is complete! Carson (Maja Salvador) and Dio (Paulo Avelino) have been best buds since forever—around as much time as Carson has secretly been in love with Dio. Yup, it’s that “I’m so stupid to make the biggest mistake of falling in love with my best friend” tale but this time told through an impromptu road trip in Elyu right before college graduation. With lots of beer. And bagnet.

Our favorite messy high-school kids are back! Otis (Asa Butterfield) is no longer a virgin—and it looks like things are about to get even messier. We haven't even been gifted an official trailer yet, just a cool fourth-wall breaking teaser, so the excitement is real.

A game with really high stakes (Read: Your life) is at the center of this crazy series. To win 45.6 billion won (around U.S. $40 million)  456 people join the ultimate survival game! Only one person can be the winner—which means it's time to kill or be killed.

It's really happening. The Lucifer series is coming to an end with just 10 episodes for the final season. Will Lucifer Morningstar (Tom Ellis), former devil, nightclub owner, police consultant, and much more, actually be able to take on the throne of heaven?

Did you like The Haunting of Hill House and The Haunting of Bly Manor? Well, showrunner Mike Flanagan is coming back with something new: Midnight Mass. An isolated island town is shaken by strange events that come after the return of a disgraced young man and the arrival of their new priest. We suggest watching this during the day.

In need of some good vibes? Check out this drama starring Melissa McCarthy and Chris O'Dowd as a couple trying to move on from loss—via a strange ex-therapist, now-vet, and some very territorial starling birds.

Adventurer Savvy Seasoned Netflix Streaming Services Staying In Sex Education Money Heist
Your Guide to Thriving in This Strange New World
Staying
In? What to watch, what to eat, and where to shop from home
OR
Heading
Out? What you need to know to stay safe when heading out