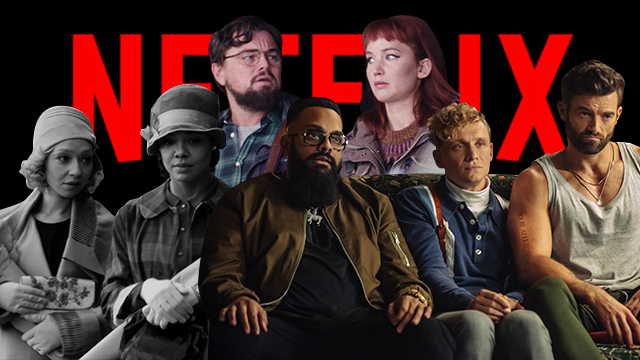 10 of the Biggest Films Coming to Netflix Before 2021 Ends, Ranked By How Much It'll Make the Year Suck Less

From comedy-action to a coming-of-age drama in Italy and more.

(SPOT.ph) We’ve entered the -Ber months of 2021 and TBH, we’re not yet even done processing 2020. Feel the same way? Well, we have something to help you get excited for the last quarter of 2021! Netflix has saved some of its most exciting films for the last few months of the year and to make choosing easier, we round up 10 films we are sure you should mark your calendar for: From epic dramas, to big-ticket comedy action, and even a dark comedy ripped straight out of reality, ranked from least to most exciting!

Also read: Get Ready to Scream: 10 New Horror Movies You Can Stream on Netflix

Mark your calendars for the 10 most exciting Netflix movies coming in the last quarter of 2021:

Okay so, Zack Snyder’s Army of the Dead was not the strongest entry into a brand-new franchise ever—but with it being one of the most-watched movies on Netflix so far, the company is definitely continuing the story. This time, we’re going back to the early days of the zombie outbreak, straight to the kooky Ludwig Dieter (Matthias Schweighofer) who is a safecracking newbie. He sets off with another ragtag team of scoundrels in his first big heist after being tapped by a mysterious woman (Nathalie Emmanuel). Honestly, we’re just here for Dieter and his odd wholesomeness, and Missandei, of course.

If Nightcrawler is anything to go by, Jake Gyllenhaal in a thriller movie is definitely worth watching. In this film, he plays a police officer demoted to desk duty—during which he answers the call of an abducted woman. This Hollywood remake is based on a 2018 Danish film which won the Sundance Audience Award. Stars such as Ethan Hawke and Peter Sarsgaard are set to join Gyllenhaal. Yup, we’re buckling in for a butt-clenching ride.

In Halle Berry’s directorial debut, she plays Jackie Justice, a retired mixed martial arts fighter. Jaded and broken, she ends up battling it out in brutal underground matches—until a fight league promoter (Adan Canto) promises a way back in The Octagon. With everything at stake, things get even more imbalanced when the son she gave up a long time ago finds his way back to her. Oh, and her name? A fitting Jackie Justice. Glimpses of the movie have been scarce but the first looks—featuring an unrecognizable Berry—have us hyped for this (hopefully) triumphant story.

Netflix’s black-and-white entries have been really impressive—Roma, Mank, Malcolm & Marie—so far, so this one has us excited. We’re going to add in the fact that this is Rebecca Hall’s directorial debut, and that it originally premiered at the 2021 Sundance Film Festival. “Passing” is the term used when an African-American passes off as white; can be done for a slew of reasons, but most likely as it affords them more opportunities, especially in early 20th-century New York. Two childhood friends (Tessa Thompson and Ruth Negga) reconnect after a chance encounter, only the other is now married to a wealthy white man who has no knowledge of her identity.

Benadryl Cumpersnatch, ehem, Benedict Cumberbatch is at the center of this Jane Campion movie—one that is shaping up to go down the awards route. Charismatic but cruel Montana rancher Phil Burbank (Cumberbatch) launches a war of sorts against young widow Rose (Kirsten Dunst) and her son Peter (Kodi Smit-McPhee). They end up on the family ranch after Phil’s brother marries rose. We have to say hearing Dunst yell “Peter” again after all these years is really what has us hooked on what’s sure to be a sweeping drama.

5. The Harder They Fall

Regina King facing down a freaking train coat has us sold—and that was even before Idris Elba made his entrance. Nat Love (Jonathan Majors) hears that his old enemy Rufus Buck (Idris Elba) is getting out of prison—and he has a score to settle. The two outlaws then round up their own ragtag crew before facing each other head on. There is a lot going on in this barely three-minute trailer, so we’re wondering how much more action they managed to pack in the actual film!

Who doesn’t love coming-of-age dramas with sweeping stories and picturesque settings—especially if they’re set in Italy? (Read: Call Me By Your Name). Academy Award winner Paolo Sorrentino (La Grande Belleza, The Young Pope) is gifting us with a personal work this time: a movie set in his hometown of Naples during the tumultuous 1980s. We follow the young Fabietto Schisa (Filippo Scotti) as he goes through the ups and downs of teenage-hood and chance encounters that will forever shape who he is.

Given that this is a movie adaptation of a musical, it does kind of make sense that Netflix dropped the trailer pretty early on—only now we’re even more impatient to get to see it. Lin-Manuel Miranda tries his hand at directing his first ever feature film, based on a semi-autobiographical musical by the late Jonathan Larson (Rent). It features Andrew Garfield as titular character Jonathan, an aspiring theatre composer whose 30thbirthday is nearing, giving him that universal feeling of general doom and anxiety. But it manifests in a talented way, of course.

Netflix has been hyping this movie up for most of 2021. They opened up their big one-movie-a-week promise video with the leads Ryan Reynolds, Dwayne “The Rock” Johnson, and Gal Gadot, front and center so we have high expectations for this comedy action film! FBI agent (Johnson) is on a mission to bring in two of the Interpol’s most wanted criminals, played by Gadot and Reynolds—only he ends up having to team up with them. We can’t wait to see how the Johnson, Reynolds, and Gadot dynamic will work out but TBH, we’re just in it for a guaranteed good ride.

What would you do if the end of humanity as we know it is clearly approaching but everyone else is acting like it isn’t? What’s that? That’s exactly what’s happening right now? Well, don’t worry, they’re making a movie with a similar premise! Astronomy grad student Kate (Jennifer Lawrence) and her prof Dr. Randall (Leonardo DiCaprio) discover that an Earth-shattering comet will come crashing in around six months—only no one seems to care. So the pair set off on a media tour to spread the word. But how exactly do you broadcast the news that the world is ending?

This sci-fi black comedy from Adam McKay (The Big Short) feels well-timed. And with an ensemble cast led by Lawrence and DiCaprio and rounded out with names like Jonah Hill, Ariana Grande, Timothée Chalamet, Cate Blanchett and Meryl Streep, it honestly seems like the perfect pre-Christmas event.

Adventurer Savvy Seasoned Netflix Streaming Services Army Of Thieves The Guilty Bruised Passing The Power Of The Dog The Harder They Fall The Hand Of God Tick Tick Boom Red Notice Don't Look Up
Your Guide to Thriving in This Strange New World
Staying
In? What to watch, what to eat, and where to shop from home
OR
Heading
Out? What you need to know to stay safe when heading out