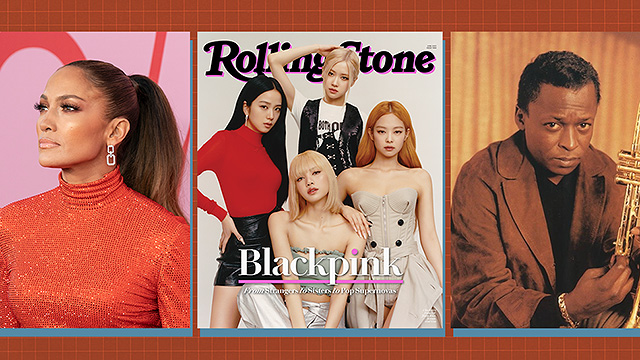 Elvis Has Left the Building: Here Are 10 Musical Documentaries You Can Stream on Netflix

It's not easy being a star.

(SPOT.ph) Music is an all-encompassing part of all of our lives. It helps guide us through emotions that we can't comprehend, like when we're so ecstatic that we can't speak straight or when we're feeling a sadness that we can't quite put into words. We yearn for music when we're in love or going through a breakup, when we're on a road trip or stuck in traffic. Yet, it's rare that we go out of our way to deeply know the artist behind the music and the label when it's their emotion and story that almost always serves as the driving force behind the music's power.

With the recent release of the Elvis biopic starring Austin Butler in cinemas and the musical documentary Halftime starring Jennifer Lopez on Netflix, we rounded up 10 musical documentaries on Netflix for you to dig into if you just want to know about the crazy lives of these stars and icons.

Also read: Going to Become the Joker: 10 Upcoming Sequels That Should Be Musicals As Well

Here are 10 musical documentaries on Netflix that let you get to know the music artists behind the curtain:

The aforementioned "J. Lo" documentary was just released last week and it offers a more personal look into the life of the actress, dancer, model, and singer, throughout the early beginnings in the industry and, now, as she begins what she calls the "second half of her life." We particularly get to follow some of the behind-the-scenes drama that went down during the prep for the 2020 Super Bowl halftime show, where Lopez co-headlined with Shakira, as well as the awards push for her performance in the 2019 film Hustlers.

Biggie: I Got a Story to Tell

Throwing it back to the 1990s, take a look into the life of one of the greatest rappers of all-time, the Notorious B.I.G., a.k.a. Biggie Smalls. The film shows us his unique upbringing as a musically inclined kid on the streets of Brooklyn via footage taken by his childhood friend Damion "D-Roc" Butler, before it shifts to Biggie's quick rise to fame. More than the difficulties and low points of being a celebrity, which the documentary does tackle, the film emphasizes its celebration of the rapper's life and legacy, which are far greater than the struggles that hindered him.

Also read: Biggie: I Got a Story to Tell Explores the Hip-Hop Mythology and True Story of a Notorious Death

Blackpink: Light Up the Sky

It's hard for solo artists to let themselves be truly known to their fan base and audiences, what all the more for members of a group act? Luckily for the fans and fans-to-be of the Korean girl group known as Blackpink, Netflix' Light Up the Sky documentary tells the individual stories of Blackpink members Jisoo, Jennie, Rosé, and Lisa (yes, they all have mononyms only, cause they're that cool), as well as their rise together under YG Entertainment. If you want some feel-good, actual behind-the-scenes, and day-in-the-life content from one of the biggest modern musical acts, this doc is for you.

Before she officially became the most productive person to exist during the 2020-2021 era quarantine, Taylor Swift dropped her documentary Miss Americana, which walked us through all her experiences being a young woman growing up in the industry. You'll come to admire Swift's dedication to the music and keeping her voice within the productions intact. Watch the documentary and listen to "Taylor's Versions" of her previous albums "Fearless" and "Red," and you'll begin to understand why she nabbed the title "Artist of the Decade" at the American Music Awards.

Miles Davis: Birth of the Cool

Do you like jazz? Then you better not miss out on the documentary Birth of the Cool, which chronicles the life of one of the most prominent figures in jazz and Black history, Miles Davis. You'll get to know a lot more about jazz music, as the film depicts Davis' early years as a Black student learning jazz from White teachers and professors, then moves on to how he became a legendary jazz man himself. One thing's for sure: we'll never know a more famous man with a trumpet.

The times, they were a-changin' in the United States in 1975, with the country divided over the Watergate scandal and President Nixon's resignation from office, another presidential election looming over the new year, and the Vietnam war drawing to a close. What does counterculture singer, songwriter, and pop star Bob Dylan do? Go on an intimate tour called the Rolling Thunder Revue, of course. This documentary, directed by Martin Scorsese, shares footage from that nearly nine-month-long tour while incorporating some "fever dream" fictional material to also deeply entwine us with the artists' state of mind at the time.

A documentary and concert film centered on Beyoncé's powerful performance at Coachella in 2018, Homecoming is a moving tribute to Black history, culture, and women. You'll get to watch performances from Jay-Z, former Destiny's Child members Kelly Rowland and Michelle Williams, and, of course, Queen B herself. You'll not only learn more about the artist but the entire history that she proudly carries on her shoulders. When life gives her lemons, Beyoncé makes... Homecoming.

An investigative documentary, for you, crime-heads out there, The Two Killings of Sam Cooke is the fifth installment of the documentary anthology series ReMastered. This installment deals with the untimely death of the "King of Soul" Sam Cooke and how it was unjustly swept under the rug of history. This documentary feature attempts to claim any justice it can for the killing and perhaps even put society back on the course of change that Cooke sang was gonna' come.

You probably didn't know it, but the success of many of your favorite celebrities and superstars were undoubtedly shaped by the aritst, record producer, and composer (among many other titles) Quincy Jones. Turns out the titan of many industries is just one, chill guy looking to make the most of life. Watch that documentary then get back to us on whether you think his biggest contribution to you personally was giving us Oprah or "We are the World."

A documentary with the fiery spirit of a biopic drama, What Happened Miss Simone? showcases the life of legendary American singer and civil rights activist Nina Simone during the 1960s. Now, this is the film to watch for a message about fighting for your humanity and for your voice to speak the truth, during one of modern history's darkest hours.