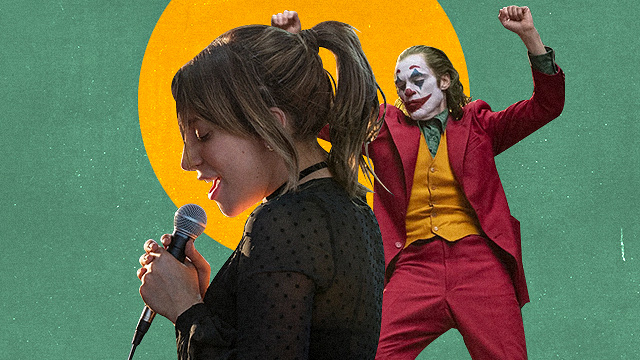 Going to Become the Joker: 10 Upcoming Sequels That Should Be Musicals As Well

All we have are musical thoughts.

(SPOT.ph) The Internet was abuzz this past week over the bombshell news revealing that the 2019 Joker film's sequel, recently announced to have the title Joker: Folie à deux, will be a musical that'll introduce Lady Gaga as the Joker's (Joaquin Phoenix) love interest, Harley Quinn. Process all that first. We used to think that the sequel would be a tragedy, but now we realize, it's a musical.

Given that the first film specifically chose to mash up the two classic Martin Scorsese films Taxi Driver and The King of Comedy for its character-centric plot, we have no doubt that the sequel will go even crazier, by combining two of Scorsese's underrated films, the musical New York, New York and the psychological thriller Shutter Island (since the previous film ended with the Joker seemingly in a mental asylum).

On this strange train of thought, we couldn't help but wonder what other upcoming sequels would be fun to be treated as musicals. Of course, we made a list about it, in order to plant some of these spectacularly weird idea seeds in your brain.

Also read:
Listen to Songs From Your Favorite Musicals at This Cabaret in Makati
Villains We Want to See Robert Pattinson Beat Up in The Batman Sequel

Here 10 upcoming movies we want to be transformed into musicals like the Joker sequel:

You're laughing. John Wick (Keanu Reeves) is on a never-ending descent into hell and inner pain over the untimely death of his wife and dog, and you're laughing? How dare you. (But honestly, it would be rad to see how the stellar, action choreography of John Wick translates into musical choreography and we just know Reeves will nail any performance that'll make us feel all the more deeper for John Wick's tragedy.)

Guardians of the Galaxy Vol. 3

Thanks to writer/director James Gunn, Guardians of the Galaxy is already the jukebox musical-type film series of the Marvel Cinematic Universe. However, if this is the last outing of the Guardians teams as we currently know them, then we think Marvel fans are entitled to getting 1970s movie musical-type numbers from them. It's what we deserve after having to watch Star-Lord (Chris Pratt) fumble the bag when fighting Thanos (Josh Brolin) in Infinity War.

Yeah, yeah, we all want the Fast & Furious movies to finally deliver on their increasingly ridiculous premises and take the Family to outer space. However, given that this is merely the beginning of the end of the Fast Saga, we don't see why we can't put off outer space for just one more film in order to get the car-centric, baby oil-filled musical we've always deserved. Just think West Side Story but with the Family fighting off FBI agents, or whatever. That's a guaranteed $2 billion at the box office.

After recently watching both Top Gun films, one thing has become clear: the Mission: Impossible series needs more of Tom Cruise just randomly busting out in song. We've already seen that in Risky Business, Jerry Maguire, Rock of Ages, anyway! It's one thing to have Cruise jump out of helicopter over a snowy mountainside, and another thing to have him do that as part of a musical number, where he's also singing live on set a la the cast of 2012's Les Miserables. We challenge you, Tom.

The cast of the Dune sequel is looking stacked with alumni Timothee Chalamet, Zendaya, and Stellan Skarsgård returning, in addition to new cast members like Florence Pugh, Austin Butler, and Christopher Walken. Warner Bros. absolutely can't pass up this chance to turn this sci-fi epic into a musical. They literally have Elvis and one of the dads from Mamma Mia on board! It would also be hilarious to see the giant worms done a la Cats, as if that wasn't nightmare fuel enough.

Avatar is finally back in cinemas after over a decade, and the trailer for the second film makes it look well worth the wait. The second film is looking to experiment with newly invented, underwater, CGI and motion-capture technology, so we think the third film should radically escalate from that by trying to craft these grand, musical sequences on the planet of Pandora. I mean, if the first film already, uh, lifted the romance of Pochahontas, why not be inspired by its beautiful song numbers as well?

It may be a challenge, but we can see the next A Quiet Place film be done as if it were a musical from the 1920s era of silent film. Chicago got a silent film treatment before it turned into a hit Broadway musical, so odder things have happened! Given how well sound is incorporated into the story of both films, we have no doubt a musical third film will both entertain and shock us.

Hoo, boy. Just imagine all the timeless karaoke songs that will come out if they make China Rich Girlfriend a musical? No notes, it doesn't even have to follow the source material. Just give us a big-budget musical with a mostly Asian cast, and we'll be there opening day.

The next James Bond film

Whoever the next James Bond is, they'll have the uphill challenge of making themselves stand out in a filmography of now seven actors who've portrayed the famous secret agent. Bond eras are always associated with the actor; Pierce Brosnan was associated with the campy era and Daniel Craig was known for the more melancholic depiction of Bond, so why not get a full-blown theater actor to bring the devilish charm of the secret agent to life during ravishing musical numbers.

The Passion of the Christ 2

What do you get when you cross the Son of God with a society that abandons him and treats him like trash? You get The Passion of the Christ becoming still one of the highest-grossing R-rated movies of all-time. Of course, a sequel is coming, but since we all know the Resurrection story already, can't we just have a fresh take on it via musical adaptation? Just thinking about the first stretch of the film where Jesus is dead and his disciples are being hunted but set to a song like "We Don't Talk About Bruno" (but, instead, Jesus). Oh God, we're now realizing all the possible Tik Toks that Church youth groups will make from this. Real untapped potential here, guys.