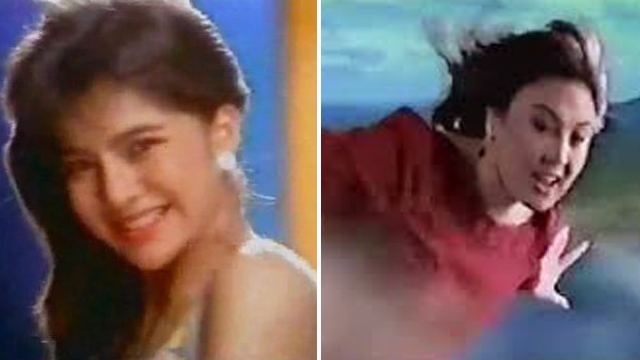 Though nothing beats Dolphy and his "ad" for Banayad Whiskey.

(SPOT.ph) Gather around, children, and let us tell you about the time when “Skip Ad” wasn’t a thing. Yup, it used to be that we would have to sit through several minutes’ worth of commercials while watching our favorite programs—and sometimes, we even liked the ads, especially when there was a huge star taking center stage. In this roundup, we take a look at some of the best TVCs that featured the biggest names of that time, from established stars to up and coming ones!

Also read:
10 Celebrity Commercials From Before They Were Famous
SPOT.ph Top 10 Craziest Dance Moves in Commercials
10 Most Attention-Grabbing Commercials of 2020

Get a blast from the past with these 10 old-school Pinoy celebrity commercials:

The visual of Ate Shawie somersaulting through the air isn’t something people are about to forget anytime soon—doesn’t matter how old this SuperFerry ad gets. For the young and uninitiated, the ad shows Sharon Cuneta flying around the Philippines visiting destination after destination, all the while being trailed by passengers who couldn’t fly. Why the Megastar still needed a cruise ship if she could fly was a huge plot hole Cuneta’s daughter, Frankie Pangilinan, unabashedly pointed out in 2020 on Twitter—several decades after the commercial came out. Fingers crossed she discusses it with her mom and gives us some answers, soon!

If this '70s commercial with Nora Aunor and her classic singing voice doesn’t give you major nostalgia, then we don’t know what will. We can’t believe how young she sounds here, either! This commercial aired decades before Aunor’s granddaughter, Janine Gutierrez, became the bank’s brand ambassador as well.

A lot of celebrities get their start in TV commercials, and the same goes for Carmina Villaroel! This old-school Jollibee ad arguably launched her into stardom. She was barely a teenager when she starred in this wholesome skit about siblings that aired in 1986—we can’t get over how fancy the sundae cup looks!—and was signed on to Regal Films a year later.

Eskinol has had a slew of endorsers for their brand, including Maine Mendoza, Rhian Ramos, Julia Montes, and more—but Vilma Santos is arguably the level to match. In 1992, the Star for All seasons showed off her smooth skin with Charmaine River-Lagman as her co-star in a short ad. We’re loving the fact they had to put a horse in. What was it with the '90s and horseback riding?

The celebrity and sometime-IRL CharDawn pairing lives on in this Diet Coke commercial! Dawn Zulueta still looks pretty much the same as she did in this old-school commercial, and that super sweet setup Richard Gomez prepared definitely has us all thinking “What if?”

Prepare for one heck of an earworm! The late Dolphy lent his excellent comedic timing to this old McDonald’s commercial and, TBH, we can’t help but smile at that last “McDo!” Still, Dolphy cavorting around a McDonald’s and eating what looks to be other people’s food just isn’t as epic as what is no doubt his best commercial ever: Banayad Whiskey. Never mind that it’s not an actual ad, we’re totally sold.

BRB, we’re suffering from an extreme bout of the '80s—in a good way. Say it with us now, “I can feel it!” Alice Dixson wowed us with her dance skills—that shoulder roll at the end!—in this unforgettable 1987 commercial for Palmolive soap. And as if the OG commercial didn’t make enough of a mark, comedian Rene Requestias spoofed that shoulder roll and tagline in the 1989 movie Elvis & James.

Asia’s songbird released this banger in 1994 for Wendy’s—and yup, it’s got us craving a Frosty. Featuring her crystal-clear vocals and an outfit that would have Monica Geller green with envy, Regine Velasquez dances around while enjoying some good old Wendy’s fare. Plus, that cutie with the colorful tie certainly stole some attention, too. It’s like Monica and Chandler from an alternate universe!

Before Rico Yan earned the title of the nation’s biggest heartthrob, two girls were checking him out from their porch—and equating his pogi points to an entire box of eggnog—in this old TVC. Yan was just in his early 20s when he starred in this 1997 commercial, and is arguably what jumpstarted his showbiz career.

Adventurer Savvy Nostalgia Commercials Sharon Cuneta Dolphy Carmina Villaroel Gary V Regine Velasquez
Your Guide to Thriving in This Strange New World
Staying
In? What to watch, what to eat, and where to shop from home
OR
Heading
Out? What you need to know to stay safe when heading out