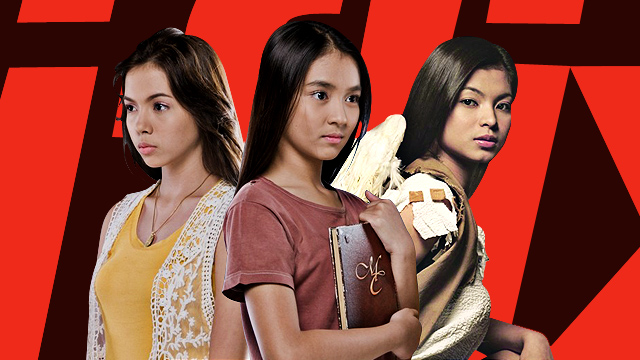 10 Classic Teleseryes You Can Watch on iflix

Just in case you're feeling nostalgic.

(SPOT.ph) If you wanted to watch a teleserye back in the day, it meant sitting in front of your television at a certain time to wait for the day's episode. While it’s a considerably therapeutic ritual to unwind at a particular hour every night, sometimes traffic or errands or life in general gets in the way. But streaming changed all that, and iflix has plenty of those classic telenovelas you might have missed—or just want to revisit.

Here are 10 classic teleseryes you can stream on iflix:

The Mulawin are species who possess the power of flight. Previously allies to humans in preserving the environment, they fell victim to human greed and decided to live in seclusion. Refusing to sit around while mortals walk the earth, the Ravena, a group of rebels, emerge from the Mulawin to exact revenge. Starring Richard Gutierrez, Angel Locsin and Dennis Trillo, this teleserye spawned several spin-offs such as Encantadia and went on to have its own movie in 2005.

In the mood to immerse yourself in an entirely different world? Encantadia fits the bill. With tensions running high in the land of Lireo, Hathoria, Sapiro, and Adamya, Queen Mine-a (Dawn Zulueta) must select a ruler before she dies. In an effort to restore peace to the realm, the four Sang'gres, played by Karylle, Sunshine Dizon, Iza Calzado, and Diana Zubiri, must set aside their differences to defeat the forces of evil. This 2005 series had a crossover film with Mulawin, and a modern retelling that aired in 2016.

Originally a 1949 radio drama airing on DZRH, Gulong ng Palad made its television debut in 2006 with Kristine Hermosa and TJ Trinidad as the leading actors. In their youth, Luisa (Hermosa) and Carding (Trinidad) were prohibited from being friends due to their difference in social status. The affluent Carding is sent to the U.S. for his studies, and he and Luisa promise to write each other. Will they end up together despite the odds?

Conceited and scheming Clara, played by Julia Montes, goes out of her way to give kind and hardworking Mara, played by Kathryn Bernardo, a difficult time. Everything is not what it seems and the truth behind their families and identities eventually unravels. Fun fact: This 2010 drama is actually a remake of the 1992 daytime soap of the same name which aired for five years, the longest in ABS-CBN weekday-drama history! The original stars Judy Ann Santos as Mara and Gladys Reyes as Clara. Both versions of Mara Clara are adaptations of the novel of the same name by Emil Cruz Jr.

The title of this serye takes itself seriously, so if you’re in the mood to watch a dramatic rivalry, Magkaribal is for you. Sisters Anna (Gretchen Barretto) and Angela (Bea Alonzo) are left by their father Manuel (Mark Gil), who runs off with beautiful designer Vera (Angel Aquino). Without a mother and a father to provide for them, Anna does everything she can so she and Angela can survive, until fate intervenes and they're separated by an accident. Years later (and some name changes at that), they all cross paths as competitors in the local fashion scene. Filled with glamor and sass, this rivalry may be the most fashionable yet.

This teleserye starring Julia Montes and Coco Martin is a remake of the 1991 movie Hihintayin Kita Sa Langit starring Zulueta and Richard Gomez, in turn an adaptation of Emily Brontë’s Wuthering Heights. That’s a lot to take in, but here’s the gist of it: William Alcantara, played by Joel Torre, takes in a boy named Daniel (Martin), who eventually grows close to his daughter Katerina (Montes). Their friendship blooms into something more, but their difference in class and status keeps them apart. Years later, when they’ve settled into their respective relationships, they re-enter each other's lives.

Spanning several generations of lies, deceit, and betrayals, this serye follows the life of Celyn, played by Kim Chiu, a Cebuana teenager who moves to Manila after getting into the University of the Philippines – Diliman. Here, she meets shoe-company heiress Maragaux, played by Maja Salvador, and her friends Ethan (Enchong Dee) and Liam (Xian Lim). Given the show's title, you just know there are bound to be some complicated plot twists in store.

Vincent, played by Tom Rodriguez, gets his college girlfriend Lally (Carla Abellana) pregnant. He marries her and provides for their family, but keeps a secret from her: he is actually gay. When his former lover Eric, played by Trillo, comes back into his life, so do their feelings for one another. This series faced scrutiny due to themes of adultery and extramarital affairs, among other things, and is worth a re-watch at the very least for its trailblazing quality.

Jade Tanchingco, played by Rhian Ramos, is the youngest and only daughter in a wealthy and traditional Chinese-Filipino family. She always thought she would marry her longtime boyfriend David Limjoco (Luis Alandy), until she sets eyes on Althea (Glaiza De Castro), a wedding coordinator. The feelings are mutual between the two women and they keep the relationship a secret from Jade's family, only for her father to find out. He offers P100 million to any man who can "turn his daughter straight." Dealing with culture, tradition, and the acceptance of lesbian relationships, this drama stirred the pot and was an effort to represent LGBTQ+ relationships in media.

The original Pangako Sa 'Yo (2010) starred Kristine Hermosa and Jericho Rosales and its success led to more projects for the two and cemented the serye as one of the best. The 2015 remake features Bernardo and Daniel Padilla in the roles of Yna Macaspac and Angelo Buenavista, respectively. Before they even meet, their story begins with the broken relationship between Amor De Jesus (Jodi Sta. Maria) and Eduardo Buenavista (Ian Veneracion). The events of the past seep into Yna and Angelo’s lives in the present and push them further apart, but they fight to be together. Sta. Maria was in the original Pangako Sa 'Yo as Lia Buenavista, Angelo’s younger sister.