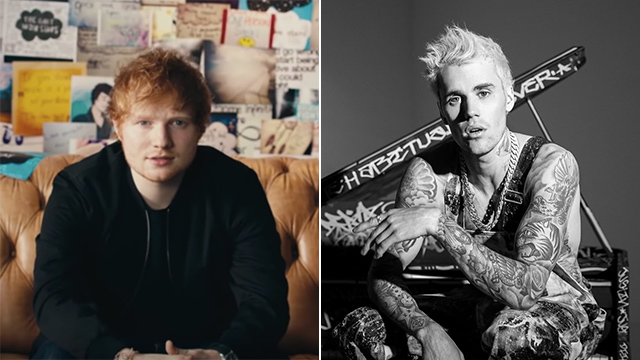 10 of the Most Popular Songs on Love in the Philippines

According to those playlists on Spotify!

(SPOT.ph) Can you believe we're only one day away from the day of hearts? Ideally, you should be in the final stages of your Valentine's-day planning, but you might accidentally overlook another small but equally important way to say those three all-important words: making your S.O. a playlist. Spotify Philippines just released a list of the 10 songs that most frequently appear in love-related playlists in the country, so if you're looking for another song (or several!) to add your dedicated collection of songs to be played on February 14, we're here to share those top 10 tracks with you.

Here are the 10 most popular songs on playlists about love in the Philippines:

Aside from a catchy beat and bright piano and guitar riff, this song also narrates the story of how two people fell in love, and are well on their way to forever by never letting each other go. The song can be interpreted in a lot of ways: some might revisit shots they never took, it can have you wanting a relationship ASAP, or it can make you cry about the great love that can exist between two people.

How else would you describe your S.O.? Ed Sheeran just gets it and it makes complete sense that this would be a favorite for romantic playlists. The violin and piano add a dreamy element to this hit, and it sounds like the perfect track for a slow dance. He also has a version of this song with Beyoncé, titled "Perfect Duet."

Released in time for Yeng Constantino's wedding in 2014 , this song talks of the clarity she found upon meeting the love of her life, Victor Asuncion. This emotional ballad has an accompanying music video that features him, but we don't think you need visuals to imagine a future with your one and only.

We don't know if you remember, but this is the song that played as Bella Swan walked down the aisle to marry Edward Cullen in the Twilight Saga's final installment, Breaking Dawn. No, you're probably not going to end up with an immortal vampire, but you can play this heartfelt and emotional song on the day of hearts to capture the feeling of love that can last a thousand years (and a thousand more).

We never said every song on this list would be rainbows and butterflies, and this raw and moving hit from UDD, formerly known as Up Dharma Down, is proof. It's not every day that you connect with someone on such a deep level, but past heartbreaks can prevent you from letting yourself fall. It's perfectly understandable, and Armi Millare's unmistakable airy vocals translate that feeling all too well.

With deep lows and energetic highs, this enticing hit from Ellie Goulding is a ride from start to finish. "Love Me Like You Do" appeared in the original motion picture soundtrack for Fifty Shades of Grey, but it has gone on to be an addictive hit long after the movie's premiere. Goulding has lent her voice to other motion picture soundtracks like "Bittersweet" for Breaking Dawn Part 2, "Mirrors" for Catching Fire, and "Beating Heart" for Divergent.

Not just any version of "Your Love," but the Dolce Amore one specifically. The track was used in Liza Soberano and Enrique Gil's 2016 teleserye Dolce Amore and has since become a Filipino fave. Juris' mellow voice and laidback approach to this classic love song sounds like a beautiful morning—and that's how your probably feel about your S.O., too.

Another hit from a teleserye, Daryl Ong's rendition of "Stay" for James Reid and Nadine Lustre's 2015 teleserye On the Wings of Love is all about asking a lover why they left, when a long-lasting love was promised. At the time of OTWOL's airing, this song captured how Lustre's character Leah left Reid's character Clark for an opportunity abroad. Heartbreak over being left behind is a universal feeling, and it seems Filipino listeners can relate.

Picture this: everything feels right when you're with a certain someone, but you can never hold their hand in public like you do when it's just the two of you. Privacy is important but it stings to know that this is nothing but a secret once you two are out in the open. If your love's feeling a hopeless and homeless, this track's the one for you. Can't get enough? There's a second part to this song (aptly titled "Secret Love Song Part II") in Little Mix's 2015 album Get Weird.

Breakups are messy, and while amicable exes is what you want to be, some of the anger, frustrations, and issues from the former relationship seep through. Problems aside, moving on is in order, and perhaps loving yourself instead is the better way to go. The song's music video features a dance between two people: Husband-and-wife dancing duo Keone and Mari Madrid, who are known in the dance world as award-winning dancers and sought-after choreographers.

Spotify also released a list of songs that appeared frequently in global love-related playlists. "I'm Yours" from crooner Jason Mraz takes number 10, Aerosmith's "I Don't Wanna Miss a Thing" takes ninth place, and Sheeran takes eighth place with "Perfect." Adele's powerful "Make You Feel My Love" lands on seventh place, The Temptations' "My Girl" takes sixth place, Elvis Presley's "Can't Help Falling in Love" is in fifth place, while Withney Houston's "I Will Always Love You" is in fourth place.

Spotify Adventurer Savvy Seasoned Playlists Music
Your Guide to Thriving in This Strange New World
Staying
In? What to watch, what to eat, and where to shop from home
OR
Heading
Out? What you need to know to stay safe when heading out