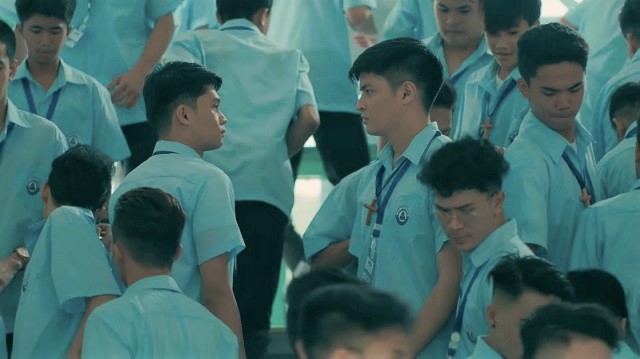 A Beginner’s Guide to Boys’ Love, As Told by The Boy Foretold by the Stars’ Director

How did it go from niche content to mainstream screens?

(SPOT.ph) It’s impossible you didn’t see the Boys’ Love explosion back in 2020—and even harder to think there are still those who haven’t given the mostly feel-good subgenre a chance. Not convinced the titles are worth all the hype? We got to chat with director Dolly Dulu about what Boys’ Love is really about, what it means for queer representation and the mainstream audience, plus why it’s time for you to get onboard if you haven’t already.

Dulu just made their directorial debut with The Boy Foretold by the Stars in 2020, arguably the first ever Boys’ Love-esque selection in the annual Metro Manila Film Festival. The movie proved so popular it was picked up by ABS-CBN to be continued as a series in 2021—slated to be released in August—definitive proof of the still-continuing hold BL has in the Philippines.

Whether you’re a longtime fan of this once-niche content or are just about to dip your toes in, we present a guide to Boys’ Love below. Yup, it’s time to melt your cold, dead heart with some good old kilig-inducing content.

Also read:
10 Things You Should Never Say to LGBTQ People
10 K-Dramas That Shined the Light on LGBTQ+ Stories
This Acclaimed Indie Film on an Immigrant Trans Woman Is Far From What You Would Expect

What is Boys’ Love exactly?

The TV series genre can arguably be traced back to manga and anime in Japan, says Dulu. The defining feature of a Boys’ Love title is, of course, the typical plotline. “Ang formula talaga lagi, even until now, is two ‘straight’ guys na ine-explore nila sarili nila. Then they meet and they fall in love. Ganoon ‘yong typical plot ng ganong klaseng kwento,” they add. “[The characters] never really identify themselves as LGBT or queer.” But, if this is supposedly a queer romance, why are the lead characters typically straight? Well, it is because BL stories started out with the female audience in mind.

In Japan, the subgenre is also called Yaoi, and can typically be pretty borderline R-rated or just diabetes-inducing cutesy romantic; hence the OG female market target. When the storyline was adapted by other Asian countries—particularly in Thailand where it pulled in a huge fan base through live-action titles way before the Philippines caught on in 2020—it was given a more feel-good, PG treatment.

Dulu recalls a specific movie that influenced their own when they first wrote Boy Foretold by the Stars back in 2010: the Mario Maurer starrer Love of Siam (2007). The movie was not marketed as a Boys’ Love movie—the term was hardly heard of at the time—instead, it was dubbed a rom-com. Similarly, when Dulu was thinking about their work, “the only thing that I wanted to do was to paint a love story, regardless of what you call it. Just two boys falling in love.”

So what brought on the 2020 Boys’ Love boom in the Philippines? Dulu pins it on the arrival of the Thai BL series 2Gether, which landed on multiple streaming sites right around the start of the quarantine period (which, btw, is still ongoing as of writing, in case you forgot). Before the sudden hype, Dulu says they feel like the genre was an absolute niche. Series were only available to watch on YouTube, and you had to know exactly what title you were searching for. It definitely wasn’t the type of content one would just stumble upon.

The arrival of the Thai series 2Gether, which did have a small local following beforehand, basically erupted into a massive BL explosion—as egged on by the pandemic. “Naniniwala ako na it was bound to happen eventually, na-speed up lang siya ng pandemya.”

“Noong dumating nga siya sa Pilipinas, ang target niya hindi na mga babae, kundi ‘yong community ng LGBT, kasi, well, maraming time,” they add jokingly. Once local creators began working on their own take on Boys’ Love, it was clear thought that the Philippine context called for some changes. Aside from the shift in the target market, the core formula was also shaken up. Just take Dulu’s Boy Foretold as an example.

The Metro Manila Film Festival (MMFF) entry centers around two high-schoolers, the typical age for the genre, the main deviation is that one of the leads is an out gay guy. “Noong start ng promotion namin, people were asking kung mako-consider ba as part of the BL series kasi we’re breaking the stereotype, the formula,” says Dulu. “Siyempre Filipino adaptation; iba ‘yong Pinoy BL.”

The entry of Boys’ Love presented a new opportunity for queer cinema in the Philippines. As Dulu points out, “medyo sexualized siya [dati], ganoon ‘yong pagpapakita sa kanya na parang it was really focused on sex, drugs, all the other things that are yes, part of the community. [It is] the reality of the community, but then when the Boys’ Love genre entered, it was really focused more on the love between two individuals flourishing.” It was that refreshing feel-good, lighthearted element, a key factor in the BL story, that changed up the older takes on queer romance—some of which often held a tinge of exploitation.

And perhaps if it wasn’t for the sudden hype in 2020, Boy Foretold would not have happened. “If [BL] had not boomed during the pandemic, it would not have gotten the attention of the MMFF,” says Dulu. The director credits the BL fanbase—which they thought really only existed on Twitter, they say jokingly—for having paved the way. “It was a big step,” they say. “Na doon sa biggest, most mainstream festival in the Philippines ay tumanggap [sila] ng ganitong klase na pelikula.”

What Is in a Name?

Whether the genre is a step up or a step down for queer representation is entirely in how well the story is told; that it is a typically feel-good genre does not lessen the story, either. “We enjoy the love, the kilig, and not overthinking it. Hindi ito isang bagay na kailangan pag-isipan, kailangan mo lang siyang ramdamin,” says Dulu. It is also another possible factor for BL’s sudden spike in popularity during anxious times (an understatement, we know). “Doon kumapit ‘yong mga tao, kasi ang simple lang niya.”

“Ang saya ng feeling noong nag-boom ‘yong Boys’ Love. The community felt like their stories were finally being told, being heard; they were being represented by the people,” says Dulu. Most importantly, “the stories were being consumed by a lot of people.”

When Boy Foretold was submitted to the MMFF, Dulu shares that they initially had their doubts. Would the audiences be ready for this type of love story? But the movie’s positive reception was a clear ringer for a hopeful shift—one that Dulu hopes will continue, as helped by an evolution in storytelling.

Dulu finds that Boys Love is “limiting” as a genre. “I hope it widens into something more. Nothing wrong with what it is right now.” The term clearly attracts a specific type of audience thanks to the boxed-in formula. It has a certain bite to it as well, in terms of catching attention—something that could be put to good use but has also unfortunately led to queer-bait titles being created simply to ride the hype. “Di ko naman sinasabi na may mga pangit, pero may mga pangit,” Dulu cheekily adds.

For the director, the popularity of the “Boys’ Love” tag is a good thing if only because “Isa sa mga goals ng ganitong klaseng kwento is to invite people to look into our stories, and by looking into our stories, they would understand us more, feel us, and empathize with us.” You can be straight AF, but BL will hopefully be a stepping stone to realizing that we all have something in common: the simple fact that, fittingly cheesy as it may sound, “falling in love is universal.”

Adventurer Savvy Seasoned Lgbt Dolly Dulu Boys' Love Bl The Boy Foretold By The Stars Staying In Heading Out Greener
Your Guide to Thriving in This Strange New World
Staying
In? What to watch, what to eat, and where to shop from home
OR
Heading
Out? What you need to know to stay safe when heading out