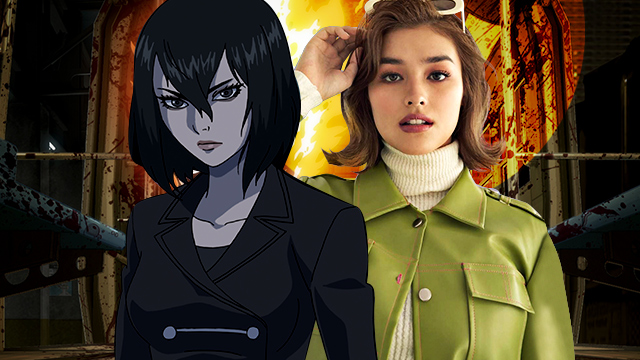 If only everyone responded this well to being criticized.

(SPOT.ph) Trese on Netflix ignited a whole slew of should-have-beens, could-have-beens, why-not-these, why-not-thats, et cetera. There was no escaping the storm of opinions that surrounded the animated adaptation of the popular Trese graphic novels back in June—most especially all the criticism surrounding Liza Soberano's first go at voice-acting. Well, the actor finally acknowledged the, erm, intense reception of her performance—cue the calls of "monotonous"—on the Between Us Queens podcast and we love how sanely she was able to react to it.

Soberano spoke to fellow queens Pia Wurtzbach, Carla Lizardo, and Bianca Guidotti (all pageant titleholders) about passion and purpose, the podcast episode's main themes. In the episode, Soberano shared that voice-acting became a newfound passion after her stint with Trese—but also that she can "completely understand" the backlash.

"I can understand if there [are] people that have opinions about my voice acting or about me even getting casted as Alexandra Trese," Soberano said.

She admitted that she didn't know about the graphic novels when she was first offered the voice-acting role, but upon reading the series, "I kind of regret not knowing [it beforehand] because it's such an amazing comic." And as for the OG fans? She knew that "Just like any universe like Harry Potter, or maybe Marvel or the DC Universe, their supporters are very protective of those universes and those characters. They only want the best for it."

"It was difficult, it was scary. I knew that there would be a lot of backlash that comes with it," she said.

"Of course I was kind of scared and hesitant because it was something that was new to me," she explained, saying that the closest thing she's ever done to voice-acting was to dub over herself in movies and commercials. "But that's competely different; in voice acting your giving life to another character, not yourself."

So why did Liza Soberano take on the Trese role?

Soberano said on the podcast that after everything, she is "grateful and happy for the opportunity." She knew just from reading the novels that she had to do it. "I fell in love. I knew in my heart that I wanted to do it." After all, Alexandra Trese was her chance to finally play a superhero after having had to step down from Darna, as she shared in a previous roundtable interview with SPOT.ph.

"I enjoyed the dubbing so much," continued Soberano. She shared that she recorded the material over the span of just two days, spending around six hours each day for it. "I wanted to do more," she said, jokingly adding, "I kind if had separation anxiety."

Voice-acting was not even something she had seen herself doing, said the actor. She added that it is her boyfriend and fellow actor, Enrique Gil, who she describes as "the one that is passionate about that kind of stuff." So taking on the task of voicing Alexandra Trese, "was kind of like in ode to him in a way."

"It has become a new passion. It's something I want to continue doing," Soberano said. More lessons on voice-acting and applying that to her job as an actor are definitely in the pipeline, she added.

And as Miss Universe 2015 titleholder Wurtzbach pointed out, Soberano would have never found that new passion if she had said no to the opportunity. (Fun-fact: Wurtzbach totally understood Soberano's point about fans being zealous. She shared that she hates the Harry Potter movies as an example. "The world in your head is just so different from the world on your screen," she said).

So acknowledging the criticism? Check. Still being grateful for the opportunity? Double check. Knowing where it is you lack and promising to better yourself? Trrriple check! Those are Soberano's three steps to sanely responding to valid criticism. We took down the notes from this masterclass for you.

Adventurer Savvy Seasoned Trese Liza Soberano Podcast Between Us Queens Pia Wurtzbach
Your Guide to Thriving in This Strange New World
Staying
In? What to watch, what to eat, and where to shop from home
OR
Heading
Out? What you need to know to stay safe when heading out