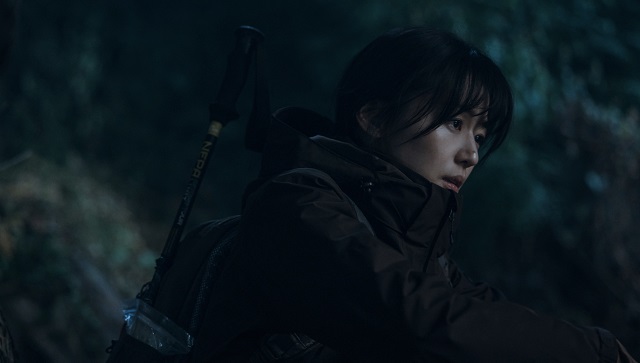 Go on a journey to "Mount Jiri" with stars Gianna Jun and Ju Ji Hoon.

(SPOT.ph) If you’ve ever planned a trip to South Korea, your top-of-mind destinations would probably be the likes of Seoul’s famous shopping district, Myeongdong, the sprawling beaches of coastal Busan, or the picturesque Jeju Island. Or if you’re a nature trekker, then you’ve likely heard of Jirisan, the towering mountain located in Jirisan National Park.

Now, that mountain comes to life—at least on-screen—with Jirisan, the latest and highly anticipated K-Drama offering from iQiyi, and it’s packed with some of the biggest names in South Korean television.

Also read: Kingdom Fans, This Upcoming Murder Mystery Should Be Next on Your Watch-List

Jirisan and Its Secrets

Jirisan is written by Kim Eun Hee, who also penned other beloved shows like Signal, Kingdom, and Kingdom: Ashin of the North. In Signal, she wove time-travel into a criminal procedural with two detectives in different time periods who are connected by a walkie-talkie. In Kingdom, she brought blood-thirsty zombies into the political arena of the Joseon dynasty.

This time, she combines the same elements of fantasy and mystery with the real-life mountain and the rangers who climb its dangerous peaks.

“Before I wrote about Jirisan, I had never set foot on that mountain so I had a very abstract admiration for that mountain, but I have read and heard about Mount Jiri so much in school and from other books,” she shares during a press conference. “Mount Jiri was like a mountain where everybody went to pray for their wishes. Over the years, I felt that those wishes and prayers had accumulated on that mountain. So it’s a mysterious mountain with so many secrets buried in it.”

But aside from its secrets, the talented creators of the show also wanted to visually showcase the sheer beauty of Mount Jiri onscreen. Jirisan is directed by Lee Eung Bok, who has directed larger-than-life dramas like Mr. Sunshine, Goblin, Descendants of the Sun, and Sweet Home, and he brings that same level of awe-inspiring visuals to this new series.

Choi Sang Mook, Jirisan’s director of photography, also shares that audiences can expect breathtaking sceneries. “It shows you a lot of the beautiful landscape of the mountain but there are also the fear elements that come from Mother Nature,” he said, while adding that it was challenging to fully capture its landscape, to the point that the production team even had to use a helicopter.

Jirisan’s star-studded cast is led by Gianna Jun and Ju Ji Hoon, who both shed their Joseon-era Kingdom garb to don ranger suits and heavy hiking equipment. The former plays Seo Yi Kang, the park’s star ranger, while the latter plays Kang Hyun Jo, a rookie ranger. Their “senior-junior relationship” led the duo to build an on-screen chemistry that thankfully, they already had behind the scenes.

“I’ve been a fan of Gianna Jun since [I was] young. Her charm has left me speechless and has always been a role model for me. In our collaboration, she was always trying to feed me, so I am very thankful to her,” said Ju. “Even when she might be physically tired from the scenes, she is so energetic. She's also the fastest runner out of all the cast members.”

And for rom-com fans who are more than familiar with Gianna Jun’s body of work, they’ll get to see a new side to the talented actress. “Females today are stronger in character. I never thought I would play a park ranger, so this is a brand new experience,” she said.

The cast also admitted that during their filming, they all developed a newfound respect for park rangers and the challenges of their day-to-day lives. “I have been in dramas where I had to carry adults or children… but Jirisan is different,” said Ju. “When I had to carry people on my back for the drama, I couldn’t believe that the rangers had to go through this.”

He also added that filming the series was a lot more physically demanding than filming on even ground. “That’s why I run to keep fit,” he noted.

From Zombies to Mountains

Both Jun and Ju couldn’t help but gush over working with Kim Eun Hee once again. During the press conference, the trio had a comfortable and friendly banter that was palpable, even with physical barriers placed between them.

“Few actors have worked with writer Kim consecutively. I am very thankful for that,” said Jun. “When I read the script, there were a lot of details so I could have reference points. A lot of the scenes that I took for granted actually came out as story plots that came later.”

“Her scripts are very detailed,” added Ju, who has worked with writer Kim for five years and practically sees her as a relative. “[She is] someone who I will greet during a festival, and we meet often.”

Jirisan premieres on October 23 on iQiyi. New episodes will stream every Saturday and Sunday.