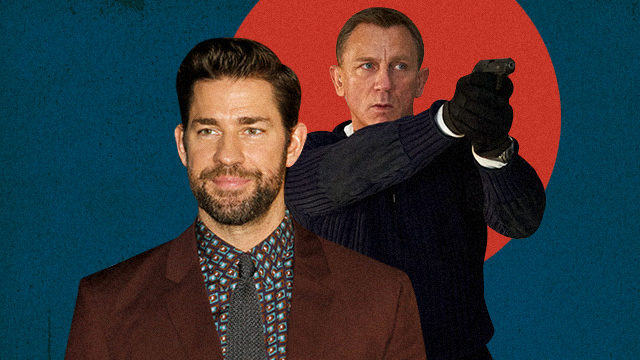 The original actor backed out due to COVID.

(SPOT.ph) As audiences still come to terms with all the Sam Raimi-induced mayhem conjured in Marvel Studios’ latest Doctor Strange in the Multiverse of Madness, some interesting casting news has been circulating that’ll make even your own third eye question reality. Beware specific plot spoilers are ahead.

It has been revealed that before he was played by A Quiet Place and The Office’s very-own John Krasinski and definitely before he was turned into string cheese by the Scarlet Witch, the Marvel Cinematic Multiverse’s “smartest man alive” was actually set to be portrayed by another A-list celebrity instead. Yes, apparently Reed Richards, a.k.a. Mr. Fantastic, was about to have his martini shaken, not stirred, as James Bond actor Daniel Craig almost took on the role.

Also read: Comics 101: Who is That Character From the Doctor Strange Post-Credits Scene?

Here's what we know about Daniel Craig almost appearing as Mr. Fantastic in Doctor Strange:

Craig was the original actor cast to play Mr. Fantastic, instead of Krasinski, but he had to back out due to COVID-related risks, as reported by Justin Kroll of the reputable Hollywood trade, Deadline.

Filming for the Doctor Strange sequel took place over the height of the pandemic in the United Kingdom, where Craig is from. Craig’s involvement is reported to have only required about a day’s worth of filming, so it presented the risk for Craig that he might unknowingly get infected and immediately go home and spread the virus to his family.

The news comes after Scarlet Witch actress Elizabeth Olsen recently revealed via lie detector test (because, of course) that she never met Krasinski, despite sharing a pivotal scene in the film with him—don’t worry, that’s normal practice for big-budget Hollywood films. It’s believed that Krasinski as Mr. Fantastic was a rather late addition to the film.

It’s also worth mentioning that conflicting reports indicate Craig was instead cast as Balder the Brave, who was originally set to appear on the roster of the Illuminati, instead of Mr. Fantastic. In the comics, Balder the Brave is the half-brother of Thor (Chris Hemsworth), which does make more sense for the blonde and blue-eyed Craig. Whether Craig was cast as Balder originally, then Mr. Fantastic later on, is just speculation for now.

Ultimately, we now have Krasinski as our new Mr. Fantastic, which comes after a vocal fan-casting movement online have attempted for years to get him and his IRL wife Emily Blunt cast as the comic-book couple Sue Storm (a.k.a. the Invisible Woman) and yup, Mr. Fantastic. Fun fact; Krasinski previously auditioned for the role of Captain America in 2011’s The First Avenger, which as we know ended up going to Chris Evans.

For now, Marvel is being as tight-lipped as Black Bolt on whether or not Krasinski will appear as Mr. Fantastic in the upcoming Fantastic Four film, set in the main continuity of the Marvel Cinematic Universe.