Why the Metro Manila Film Fest Entry Sunod Is Worth a Watch
Loading
Already a member? Log in
No account yet? Create Account
Spot.ph is your one-stop urban lifestyle guide to the best of Manila. 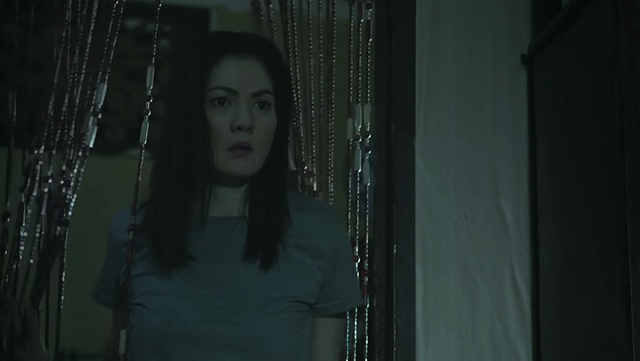 Here's Why Sunod Is an MMFF Entry Worth Seeing

It's the only horror film in this year's lineup.

(SPOT.ph) Christmastime means exchanging gifts and scarfing down a sumptuous Noche Buena meal, but it also signals the start of the 2019 Metro Manila Film Festival. Each year, all cinemas throughout the archipelago screen eight local entries, and it's become a tradition of sorts to go and watch the films during the holiday season. If you're running on limited time and don't know where to start or what to watch, it might be worth checking out Sunod, the only horror film in this year's lineup.

Sunod follows a mother (Carmina Villaroel) whose daughter is confined in a hospital. In order to help her get better, she takes on the job of call center agent and answers queries over the phone. One night, a call breaks into static noise before erupting into a loud shriek, and a mysterious figure begins to haunt her. The film is based on an urban legend amongst all center agents, where a child, Jun-Jun, keeps following the agents who take the cursed call. Sunod, which translates to "follow," is where the film takes its name.

The Metro Manila Film Festival (MMFF) has seen a variety of entries over the years, and it almost always has at least one horror film in the Magic Eight. You've got Regal Entertainment's Shake, Rattle, and Roll series, 2016's Seklusyon directed by Erik Matti, and even Star Cinema's Feng Shui. This year, Sunod is the sole horror entry out of eight films.

Sunod is directed by Carlo Ledesma, who has previously worked on 2017 Metro Manila Film Festival entry Saving Sally, and won the 2007 Best Short Film award at the Cannes Short Film Corner for his 2006 short film The Haircut. This isn't his first dip into horror—he directed the Australian found-footage flick The Tunnel in 2011.

Filipinos are no stranger to jump cuts and bloody scenes, but some horror flicks fail to deliver a punch when it comes to the scare department. There are times when horror films exaggerate to compensate for a lack of a plot or wow factor, and there are also times when some spooky flicks end up becoming hilarious. So what exactly sets Sunod apart?

Aside from the themes of fear and love in the film, Ledesma mentions in an interview with Inquirer that Sunod also serves as a glimpse into the world and mental state of call center agents, and explores the struggles and challenges they go through. Sunod may be classified as horror on paper, and yes, the cast's lips are sealed, but it seems there's more to peel back with this film.

In an interview with CNN Philippines, Dizon says that Sunod is a "very quiet" horror film. "It creeps onto you. It's not like there's a ghost [or a] monster—it's quiet." She adds, "It's not like the others na sigawan." Dizon also shares that the film's set helped in getting them into their roles—everything is dark and quiet while filming, and it sets the feeling of fear for everyone involved.

In the same interview, Villaroel reiterates that Sunod isn't strictly horror, but explores other subjects like the love between mother and daughter, and has drama added into the mix.

"Hindi siya jump-scare na horror film. I wanted it to feel more unsettling all throughout," Ledesma explains in an interview for the film festival. He wants the film to remain with the viewers long after the credits have rolled: "I want them to feel true horror—when they go home, or when they drive home alone at night, tapos pag-iisipan nila, "Oh my god, oo nga, ang creepy pala 'non."

Sunod is screening in cinemas nationwide.